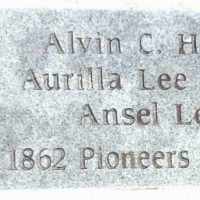 The Life Summary of Alvin Child

Put your face in a costume from Alvin Child's homelands.

English and Scottish: nickname from Middle English hod, hood, hodde ‘hood’, either for someone who wore a hood (like the medieval folk hero Robin Hood) or who made and sold hoods. In Kent and Sussex the name may sometimes have been confused with Hoad .English: from the Middle English personal name Hod(e), a variant of Ode or Odd with prosthetic H-; see Ott and Oates and compare Hodson 2.English and Scottish: variant of Hudd, from the Middle English personal name Hudde, Hutte, which could represent Old English Hud(d)a or its ancient Germanic equivalent Hud(d)o, but is more likely from Anglo-Norman French Hud(de), a pet form of Hugh.