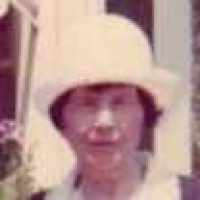 The Life of Ileen

Put your face in a costume from Ileen's homelands.

The Daughters of Utah Pioneers was organized by Annie Taylor Hyde after she invited a group of fifty-four women to her home to find ways to recognize names and achievements of the men, women and children who were the pioneers. They followed the lead of other national lineage societies, such as the Daughters of the American Revolution. They were legally incorporated in 1925.
1923 · The President Dies of a Heart Attack

1 English: habitational name from any of a group of places in Worcestershire which take their name affixes from the River Deverill (e.g. Brixton Deverill, Kingston Deverill). The river is thought to be named from Welsh dwfr ‘river’ + iâl ‘fertile uplands’.2 English and Irish: variant of Devereux .