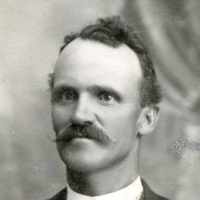 The Life of William Parley

Put your face in a costume from William Parley's homelands.

English: habitational name from Broomhead, now a district of Sheffield.