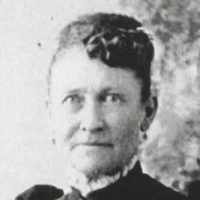 When Ann Grimmett was born on 20 January 1844, in Strensham, Worcestershire, England, United Kingdom, her father, John Grimmett, was 18 and her mother, Sarah Passey, was 25. She married Henry Cunnington about 1860. They were the parents of at least 3 sons and 5 daughters. She lived in Ripple, Worcestershire, England, United Kingdom in 1851 and Planktown, Cass Township, Richland, Ohio, United States in 1870. She died on 1 April 1926, in Park City, Summit, Utah, United States, at the age of 82, and was buried in Park City, Summit, Utah, United States.

Autobiography of Hyrum Grimmett (unedited) Everyone has ancestors and it may be reasonably presumed that each of us has approximately an equal number of them. And if each of us could trace back his fo …