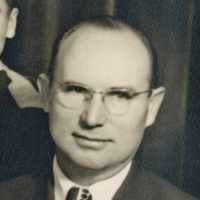 The Life of Jacob Rulon

Put your face in a costume from Jacob Rulon's homelands.

German and French: from a short form of the personal name Sebastian .