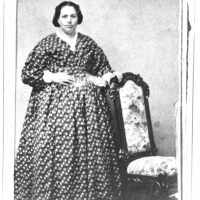 The Life Summary of Rhoda Maria

Put your face in a costume from Rhoda Maria's homelands.

English: variant of Wood with plural or post-medieval excrescent -s.Irish: adopted as a translation of Ó Cuill ‘descendant of Coll’ (see Quill ), or in Ulster of Mac Con Coille ‘son of Cú Choille’, a personal name meaning ‘hound of the wood’, which has also been mistranslated Cox , as if formed with coileach ‘cock, rooster’.

March of 1883 was one of the most difficult of Lydia Dunford Alder’s life. On the sixth of that month, her oldest child and oldest daughter, Helen Eugenia Alder, died of what the newspapers called “ …