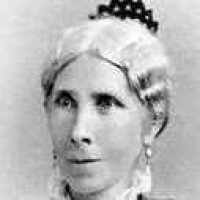 The Life Summary of Sarah Betsina

Put your face in a costume from Sarah Betsina's homelands.

Gratitude to God for His Care

One afternoon in the fall of 1891, the sisters of the Salt Lake 19th Ward Relief Society met together, as they usually did every two weeks, to reflect on the state of their souls. The events of that d …