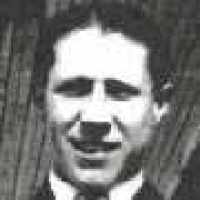 The Life of Raymond Willard

Put your face in a costume from Raymond Willard's homelands.

Scottish: habitational name from Fotheringham near Forfar, which seems to have been named after Fotheringhay in Northamptonshire, which was held in the 12th century by the royal family of Scotland as part of the honor of Huntingdon. The Northamptonshire place appears in Domesday Book as Fodringeia, probably from Old English fōdring ‘grazing’ (a derivative of fōdor ‘fodder’) + (ēg ‘island’, ‘low-lying land’. In the case of the Scottish place, the final element has early been replaced by -hām ‘homestead’.