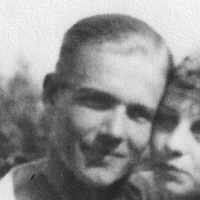 The Life of Alfred

On Nov 7, 1913, the proposal for the creation of Madison County was approved by Rexburg residents and residents of what was then called Fremont County. A huge celebration was held at the Rexburg Tabernacle building on the 8th of November.
1915 · Arrowrock Dam built