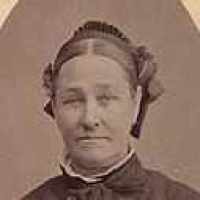 The Life Summary of Adelia Ann

Put your face in a costume from Adelia Ann's homelands.

English: from Middle English bissop, biscop, Old English bisc(e)op ‘bishop’, which comes via Latin from Greek episkopos ‘overseer’. The Greek word was adopted early in the Christian era as a title for an overseer of a local community of Christians, and has yielded cognates in every European language: French évêque, Italian vescovo, Spanish obispo, Russian yepiskop, German Bischof, etc. The word came to be applied as a surname for a variety of reasons, among them a supposed resemblance in bearing or appearance to a bishop, and selection as the ‘boy bishop’ on Saint Nicholas's Feast Day. In some instances the surname is from the rare Middle English (Old English) personal name Biscop ‘bishop’. As an Irish surname it is adopted for Mac Giolla Easpaig, meaning ‘servant of the bishop’ (see Gillespie ). In North America, this surname has absorbed, by assimilation and translation, at least some of continental European cognates, e.g. German Bischoff , Polish, Rusyn, Czech, and Slovak Biskup , Slovenian Škof (see Skoff ).

Adelia was one of 10 wives sealed to Orson Pratt as per the Ancestry File of the Church of Jesus Christ of Latter Day Saints. Obituary: Funeral of Mrs. Pratt Widow of First Pioneer Funeral s …