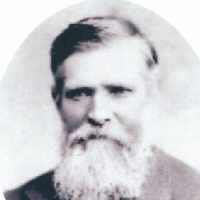 The Life of John Phillip

Put your face in a costume from John Phillip's homelands.

Sparked by a depression that was going through Wales the previous three years, the Merthyr uprisings were carried out by workers that were in debt. In the process, twenty-four people were killed and twenty-six were arrested. Troops were brought in to stop the protestors.
1843