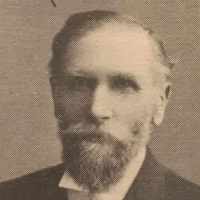 When Andrew Eliason Jr. was born on 14 March 1838, in Alingsås landsförsamling, Älvsborg, Sweden, his father, Anders Eliasson, was 32 and his mother, Anna Christina Larsdotter, was 42. He married Hedvig Carlson on 5 June 1860, in Alingsås landsförsamling, Älvsborg, Sweden. They were the parents of at least 3 sons and 8 daughters. He died on 16 September 1926, in Logan, Cache, Utah, United States, at the age of 88, and was buried in Logan Cemetery, Logan, Cache, Utah, United States.