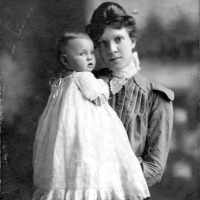 The Life of Ella Elizabeth Henrietta

Put your face in a costume from Ella Elizabeth Henrietta's homelands.

Garfield was shot twice by Charles J. Guitea at Railroad Station in Washington, D.C. on July 2, 1881. After eleven weeks of intensive and other care Garfield died in Elberon, New Jersey, the second of four presidents to be assassinated, following Abraham Lincoln.
1885 · The World's First Skyscraper

The Home Insurance Building is considered to be the first skyscraper in the world. It was supported both inside and outside by steel and metal that were deemed fireproof and also it was reinforced with concrete. It originally had ten stories but in 1891 two more were added.
1900 · Gold for Cash!