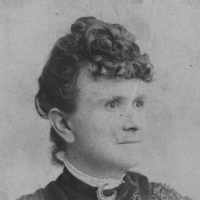 The Life Summary of Mary Capitolia

When Mary Capitolia Beirdneau was born on 12 August 1859, in Omaha, Douglas, Nebraska, United States, her father, Nehemiah Wood Beirdneau, was 35 and her mother, America Ann Steele, was 30. She married Heber Chase Harrison on 28 February 1876, in Endowment House, Salt Lake City, Salt Lake, Utah, United States. They were the parents of at least 2 sons and 5 daughters. She immigrated to Canada in 1899 and lived in Alberta, Canada for about 5 years and Lethbridge, Alberta, Canada in 1926. She died on 24 March 1943, in Magrath, Cardston, Alberta, Canada, at the age of 83, and was buried in Magrath Cemetery, Magrath, Cardston, Alberta, Canada.

Put your face in a costume from Mary Capitolia's homelands.

Mary is Gladys's Grandmother . Mary was born crossing the plains . She married Heber Chase Harrison and had Inez Harrison who is Gladys's Mother , Inez married Samuel Pyrah in Alberta Canada. Inez and …