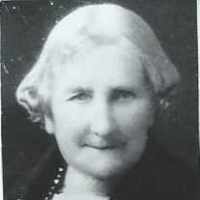 When Eliza Bessey was born on 28 October 1848, in Repps, Norfolk, England, United Kingdom, her father, Benjamin Bessey, was 35 and her mother, Lettice Flatt, was 18. She married William Everett on 5 May 1879. She died on 9 August 1941, in Manassa, Conejos, Colorado, United States, at the age of 92, and was buried in Old Manassa Cemetery, Freedom, Conejos, Colorado, United States.

French: habitational name from places in Côte-d'Or and Loire named Bessey, from the Romano-Gallic estate Bassiacum, from the Roman personal name Bassius + the locative suffix -acum.

"The Old Lady" liked Hazel to drive her into Alamosa each week where she'd buy lunch for the 2 of them. Then they'd go grocery shopping and finish by sitting in the drugstore visiting with the pharmac …