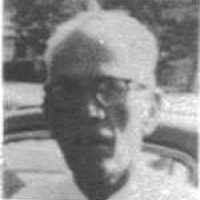 The Life of Matthew Albert

Put your face in a costume from Matthew Albert's homelands.

After three prior attempts to become a state, the United States Congress accepted Utah into the Union on one condition, that all forms of polygamy were to be banned. The territory agreed, and Utah became a state on January 4, 1896.
1911 · The Salt Lake Airport

1 English: patronymic or metronymic from the medieval personal name Bett, a short form of Bartholomew, Beatrice, or Elizabeth.2 Americanized spelling of German Betz .