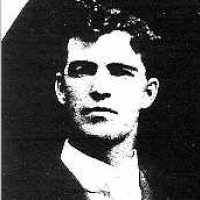 The Life Summary of Frank Fredrick

Put your face in a costume from Frank Fredrick's homelands.

The 29th of September, 1897, after I was 18, I married Frank F. Brown a boy I went to school with all my life. We were married in the Salt Lake Temple by John R. Winder and went to a home of our own t …