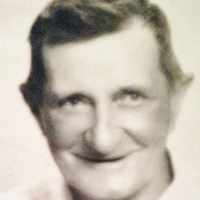 The Life of Hiram Christopher Columbus

Put your face in a costume from Hiram Christopher Columbus's homelands.

Under the direction of Governor Jim Hogg, Texas filed a lawsuit against John D. Rockefeller for violating state monopoly laws. Hogg argued that Standard Oil Company and Water-Piece Oil Company of Missouri were engaged in illegal practices like price fixing, rebates, and consolidation. Rockefeller was indicted, but never tried in a court of law; other employees of his company were convicted as guilty.
1909 · The NAACP is formed

English (chiefly West Midlands):1. (of Norman origin): habitational or regional name from Old French mansel ‘inhabitant of Le Mans or the surrounding area of Maine’. The place was originally named in Latin (ad) Ceromannos, from the name of the Gaulish tribe living there, the Ceromanni. The name was reduced to Celmans and then became Le Mans as a result of the mistaken identification of the first syllable with the Old French demonstrative adjective. 2. status name for a particular type of feudal tenant, Anglo-Norman French mansel, one who occupied a manse (Late Latin mansa ‘dwelling’), a measure of land sufficient to support one family. 3. some early examples, such as Thomas filius Manselli (Northumbria 1256 ), point to derivation from a personal name, perhaps the Germanic derivative of Mann 2 Latinized as Manzellinus.