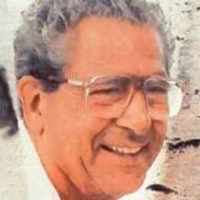 The Life Summary of Georges- Étienne

When Georges- Étienne Séguin was born on 19 April 1926, in Bromont, Brome, Quebec, Canada, his father, Clotaire Séguin, was 28 and his mother, Marie-Anna Rousseau, was 35. He married Régine St-Pierre on 5 February 1948, in Rochebaucourt, Abitibi, Quebec, Canada. He died on 7 May 1989, in Saint-Hubert, Chambly, Quebec, Canada, at the age of 63.

Put your face in a costume from Georges- Étienne's homelands.

The Quebec independence referendum was the first in Quebec and was called by PQ government which advocated secession from Canada. Another one would happen 1995.

There are no historical documents attached to Georges- Étienne.