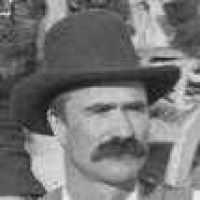 The Life of Charles Wesley

Put your face in a costume from Charles Wesley's homelands.

FORT ROBINSON, NEB. – Born in Indiana on Sept. 10, 1851 Charles Wesley Allen led a colorful life on the western frontier and worked as a cowboy, newspaper reporter at the Chadron Democrat, Pine Ridge …