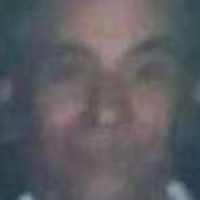 Ismael VÁZQUEZ was born on 12 June 1938, in Coronel Martínez, Guairá, Paraguay. He married Ana Alicia Alvarez Fleitas on 22 September 1963, in Colonia Blas Garay, Caaguazú, Paraguay. They were the parents of at least 1 son and 3 daughters. He died on 26 January 2004, in Hernandarias, Alto Paraná, Paraguay, at the age of 65.

Biblical name, originally the byname (meaning ‘he who strives with God’ in Hebrew) given to Jacob after he had wrestled with an angel: ‘Thy name shall be called no more Jacob, but Israel: for as a prince hast thou power with God and with men, and hast prevailed’ (Genesis 32:28). The name was later applied to his descendants, the Children of Israel, and was chosen as the name of the modern Jewish state. The given name was used by the Puritans in the 16th century, but is now once again almost exclusively a Jewish name.

Put your face in a costume from Ismael's homelands.