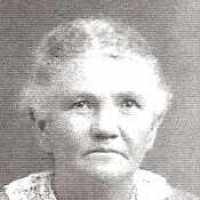 English (northern), southern Scottish, southern French, and German: from the Old French personal name Oliver (modern French Olivier). This became common largely through the influence of the immensely popular narrative poem Chanson de Roland, in which the warrior Oliver is the wise best friend of the doomed hero Roland. The two men were peers at the court of Charlemagne, and the name is probably of ancient Germanic origin. The name ostensibly means ‘olive tree’ (see Oliveira ), but this is almost certainly the result of folk etymology working on an unidentified ancient Germanic personal name, perhaps a cognate of Alvaro . Old Norse Óláf (see Olliff ) and ancient Germanic Alfhari (composed of the elements alf ‘elf’ and hari ‘army’) have also been suggested as sources, but both personal names are difficult to explain phonetically, especially the latter. The Anglo-Norman name has been established in Ireland (Louth) since at least the 14th century, and was reinforced in Ulster and Limerick by migrants from England in the 17th century. The surname is also borne by Jews, apparently as an adoption of the non-Jewish surname.Catalan: generally a topographic name from oliver ‘olive tree’, but in some instances possibly related to a homonymous personal name (see 1 above).History: The surname Oliver of French origin (see 1 above) is listed in the register of Huguenot ancestors recognized by the Huguenot Society of South Carolina.

Joseph Hadfield Jr. and his family The early part of Great-Grandfather Hadfield’s life was spent in Farmington, Davis County, Utah, where his birth family made their home. A history written by Sherl …