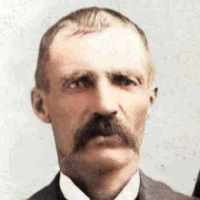 The Life Summary of Charles Holmes

Put your face in a costume from Charles Holmes's homelands.

The main body of this work was taken from the history written by Robert & Sarah’s grand-daughter, Hattie Adell Pope, daughter of George Eugene Pope. Sarah was always interested in genealogy and aft …