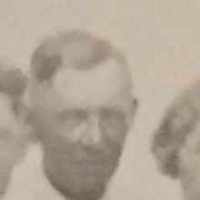 The Life of John George

The First official World's Fair, was held to celebrate the 100th anniversary of the signing of the Declaration of Independence in Philadelphia. 37 Countries provided venues for all to see.
1878 · Children's Primary Association

The Church of Jesus Christ of Latter-day Saints organized the Children's Primary Association in Farmington on August 11. The first meeting was held in what is now known as Rock Church.
1896 · Plessy vs. Ferguson