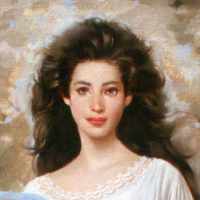 The Life Summary of Julia Ann or Julia Jemima

Put your face in a costume from Julia Ann or Julia Jemima's homelands.

The story behind the painting of Julia

When I was a boy in Midway, I used to climb the hill to the west of The Homestead to visit a small group of graves which included Julia’s and her infant son Ira’s. They were very isolated then, locat …