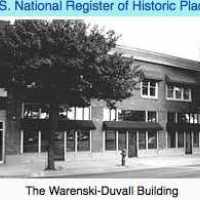 The Life Summary of Edward Charles

Put your face in a costume from Edward Charles's homelands.

From an Old English personal name derived from ēad ‘prosperity, riches’ + weard ‘guard’. This has been one of the most successful of all Old English names, in frequent use from before the Conquest to the present day, and even being exported into other European languages. It was the name of three Anglo-Saxon kings and has been borne by eight kings of England since the Norman Conquest. It is also the name of the youngest son of Queen Elizabeth II . The most influential early bearer was King Edward the Confessor ( ?1002–66 ; ruled 1042–66 ). In a troubled period of English history, he contrived to rule fairly and (for a time at any rate) firmly. But in the latter part of his reign he paid more attention to his religion than to his kingdom. He died childless, and his death sparked off conflicting claims to his throne, which were resolved by the victory of William the Conqueror at the Battle of Hastings. His memory was honoured by Normans and English alike, for his fairness and his piety. Edward's mother was Norman; he had spent part of his youth in Normandy; and William claimed to have been nominated by Edward as his successor. Edward was canonized in the 12th century, and came to be venerated throughout Europe as a model of a Christian king.