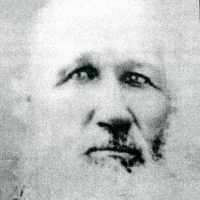 When Thomas Tranter was born on 4 December 1817, in Codsall, Staffordshire, England, United Kingdom, his father, Edward Tranter, was 30 and his mother, Mary Shirley, was 34. He married Mary Yates on 30 December 1843, in St George, Birmingham, Warwickshire, England, United Kingdom. He died on 6 April 1884, in Nephi, Juab, Utah, United States, at the age of 66, and was buried in Nephi, Juab, Utah, United States.

English (West Midlands): occupational name for a peddler or hawker, especially one equipped with a horse and cart, Middle English traunter, traventer (from Late Latin travetarius).

Note Drumcree (West Portadown), Armagh, Ireland Virginia Grover Carlston informed me that Sarah had a sister who was very pretty. Sarah persuaded her to leave Ireland with her and come to the United …