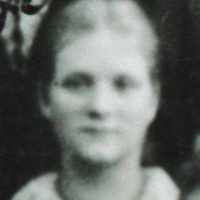 The Life Summary of Amelia Barbara

When Amelia Barbara Carling was born on 17 August 1878, in Orderville, Kane, Utah, United States, her father, Isaac Van Wagoner Carling, was 46 and her mother, Asenath Elizabeth Browning, was 42. She married James Gledhill Duffin on 12 August 1902, in Juárez, Chihuahua, Mexico. They were the parents of at least 2 sons and 1 daughter. She died on 11 April 1928, in San Diego, California, United States, at the age of 49, and was buried in Glendale, Los Angeles, California, United States.

Put your face in a costume from Amelia Barbara's homelands.