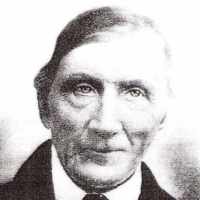 The Life Summary of Gunder

When Gunder Anderson was born on 4 January 1813, in Kristiansand, Vest-Agder, Norway, his father, Anders Gunnarsen, was 37 and his mother, Kari Kristensdotter, was 31. He married Kari Andersdotter on 3 July 1837, in Øvrebø, Vennesla, Vest-Agder, Norway. They were the parents of at least 5 sons and 6 daughters. He died on 6 January 1889, in Logan, Cache, Utah, United States, at the age of 76, and was buried in Logan Cemetery, Logan, Cache, Utah, United States.

Put your face in a costume from Gunder's homelands.

History of Gunder Anderson by a granddaughter

Gunder Anerson was born Jan 4 1813 in Homesmonen, Christiansand, Norway. He held the office of Kjogemaster,(Church Master) in the Luthern Church, he was very industrious, wealthy. He owned a large sh …