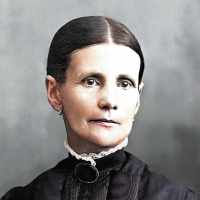 English (Kent and Sussex): status name or topographic name for one who lived on or possessed a hide of land, from Middle English hide + the locative suffix -er. This is a characteristically southeastern English name, synonymous with Middle English atte hide elsewhere (see Hyde ).

Put your face in a costume from Charlotte E.'s homelands.