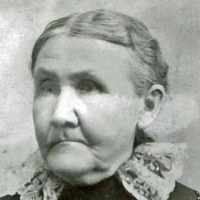 The Life Summary of Ann Sophia

Put your face in a costume from Ann Sophia's homelands.

Crossing the Plains with Indians

This story was told by Ann Sophia Tyler Warner's granddaughter, Estella Warner. Estella loved her Grandma and enjoyed spending time with her. We don't remember all the details but felt that it …