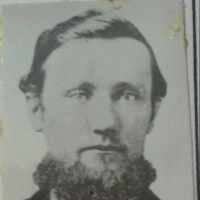 The Life Summary of Noah Luman

Put your face in a costume from Noah Luman's homelands.

Noah Luman Shurtliff, the first child of Luman Andros and Altamira Gaylord Shurtliff, was born 25 November, 1846, at Garden Grove, Iowa. Prior to his birth the Shurtliff family had passed t …