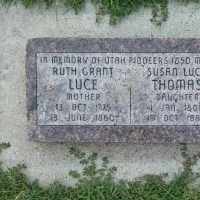 Nathaniel and Susan Luce Thomas were both born in Vinal Haven, Fox Island, Maine, and were married about 1831. Three children were born to them while they lived in Maine: Clara, Martin Washburn, and …