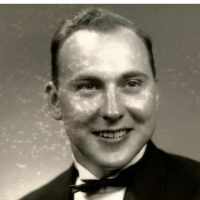 The Life of James Clifford

Put your face in a costume from James Clifford's homelands.

Warrant G. Harding died of a heart attack in the Palace hotel in San Francisco.
1927 · Incorporation

German: from a short form of a Germanic personal name based on rīd ‘ride’ or rīch ‘powerful’, ‘rich’.

Death began at 4 a.m. 11 Sept 2003 when James fell in the bathtub while preparing to take his morning shower at 13419 Pitch Pine Ct., Chantilly, VA, USA. Carmel heard him fall and when she went to him …