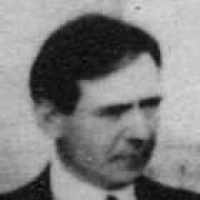 The Life Summary of Gideon Lafayette

Put your face in a costume from Gideon Lafayette's homelands.

My father Roman loved Uncle Gid. We visited with Gid on several occasions, funearals, reunions, vacations; but mostly I know of Gid from the wonderful told stories Dad told of horses and red sand hill …