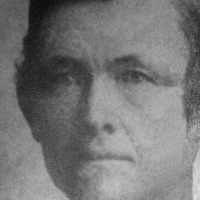 The Life Summary of Jens Peter

When Jens Peter Larsen was born on 4 November 1848, in Fårdrup, Korsør, Denmark, his father, Hans Peder Larsen, was 40 and his mother, Ane Kirstine Andersen, was 35. He married Edith Georgianna Billings on 20 September 1875, in Manti, Sanpete, Utah, United States. They were the parents of at least 6 sons and 2 daughters. He lived in Gerlev, Slagelse, Sorø, Denmark in 1860. He registered for military service in 1867. He died on 8 February 1932, in Union, Union, Oregon, United States, at the age of 83, and was buried in Union Cemetery, Union, Union, Oregon, United States.

Put your face in a costume from Jens Peter's homelands.

LARSEN, JENS P., farmer and woolgrower, son of Peter and Anne C. Bertelsen, was born in Denmark November 4, 1818. His parents joined the Mormon Church and came to Utah in 1862, in Captain Horn's train …