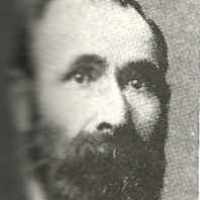 When George Wilson was born in September 1831, in Mavemacullen, County Armagh, Ireland, his father, Thomas Wilson, was 43 and his mother, Jane Ellis, was 33. He married Elizabeth Clayburn on 13 October 1866, in Salt Lake City, Salt Lake, Utah, United States. They were the parents of at least 1 son and 1 daughter. He lived in Dailly, Ayrshire, Scotland, United Kingdom in 1841 and Kelvin, Lanarkshire, Scotland, United Kingdom in 1891. He died on 25 January 1902, in Midway, Wasatch, Utah, United States, at the age of 70, and was buried in Midway, Wasatch, Utah, United States.