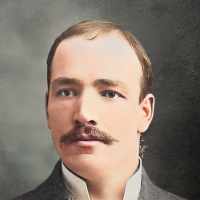 The Life Summary of Cyrus

By Grandson, Ellis Perry 1962 Cyrus Rawson was born 14 June 1846 at Mt. Pisgah (Pisqua), Iowa, the son of Horace Strong Rawson and Elizabeth Coffin, after they, with the Saints, had been driven …