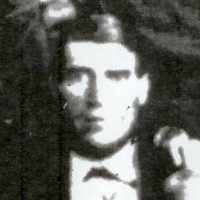 English and Scottish: habitational name from any of the many places in England called Easton ‘the eastern village, estate, or manor’ (Berkshire, Cumberland, East Yorkshire, Hampshire, Huntingdonshire, Leicestershire, Lincolnshire, Norfolk, Suffolk, Somerset, Wiltshire), as well as from Easton (Peeblesshire) or Easton near Bathgate (West Lothian) in Scotland. The name may also arise from any of the places called Easton which have different etymologies, in Devon, Essex, and Northamptonshire. Easton in Devon gets its first element from the genitive case of the Old English personal name Ælfrīc (Old English ælf ‘elf’ + rīc ‘power’) or Athelrīc (Old English athel ‘noble’ + rīc ‘power’). Easton Neston in Northamptonshire arises from Old English Ēadstānestūn ‘settlement of Ēadstān’, a personal name composed of the elements ēad ‘prosperity, riches’ + stān ‘stone’. Great and Little Easton in Essex are from the Old English personal name Æga + stān(as) ‘stone(s)’.English and Scottish: topographic name from Middle English (bi) este(n) tune (Old English be ēastan tūne), denoting someone who lived at the east end of a village, or from Middle English atte(n) este(n) tune ‘at (the place to) the east of the village’, a type of formation particular to Sussex. Compare Weston , Sutton , and Outen .English: from the Middle English personal name Estan (Old English Ēadstān, from ēad ‘prosperity’ + stān ‘stone’).

May 2005 Ensign Constant Truths for Changing Times PRESIDENT THOMAS S. MONSON First Counselor in the First Presidency I recall as a boy hearing of the experiences of my Miller ancestors. I …