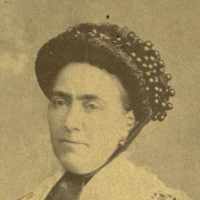 When Maria Louisa Penn was born on 10 July 1829, in Shadwell, London, England, United Kingdom, her father, John Penn, was 47 and her mother, Hannah Brookwell, was 46. She married Henry James Newman on 30 March 1851, in London, Middlesex, England. They were the parents of at least 4 sons and 8 daughters. She lived in Stepney, Middlesex, England, United Kingdom in 1841. She died on 15 May 1902, in Ogden, Weber, Utah, United States, at the age of 72, and was buried in Ogden, Weber, Utah, United States.

Maria Louisa Penn was born July 10, 1829 to family of seventeen. She was the daughter of John Penn and Hannah Brookwell. She was always a delicate child, the family physician advising her parents to …