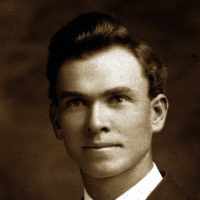 The Life Summary of William Alvin

Put your face in a costume from William Alvin's homelands.

Catherine Bowles Catherine Bowles, age 90, of Provo, passed away Sunday, March 19, 2006. She was the second of three daughters born June 16, 1915 to William Alvin and Catherine Bailey Bowles in Nephi, …