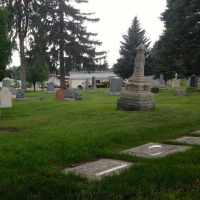 The Life Summary of Sarah Rachel

Put your face in a costume from Sarah Rachel's homelands.

In 1862, the US government gave away Nebraska land to any settler who could farm it for 5 years. Thousands of people took that opportunity.