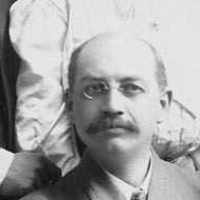 Put your face in a costume from Henry Herman's homelands.

Garfield was shot twice by Charles J. Guitea at Railroad Station in Washington, D.C. on July 2, 1881. After eleven weeks of intensive and other care Garfield died in Elberon, New Jersey, the second of four presidents to be assassinated, following Abraham Lincoln.
A perennially popular given name, of Continental Germanic origin, from haim ‘home’ + rīc ‘power, ruler’. It was an Old French name, adopted by the Normans and introduced by them to Britain. It has been borne by eight kings of England. Not until the 17th century did the form Henry (as opposed to Harry ) become the standard vernacular form, mainly under the influence of the Latin form Henricus and French Henri.

The following story was written in 1930 by the Teachers, Pupils and Patrons of the Carbon District. Please, read the foreword about this project. If anyone knows the names of the writers of these stor …