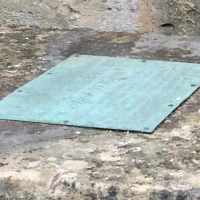 When Thomas Norris was born on 30 September 1781, in Barnsley, Gloucestershire, England, United Kingdom, his father, Michael Norris, was 24 and his mother, Mary Clissold, was 21. He married Mary Newman on 22 November 1801. They were the parents of at least 4 sons and 5 daughters. He died on 18 December 1816, in his hometown, at the age of 35, and was buried in Gloucester, Gloucestershire, England, United Kingdom.