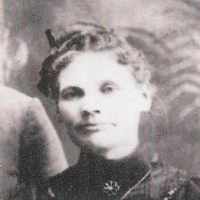 The Life Summary of Matilda Josephine

Put your face in a costume from Matilda Josephine's homelands.

Matilda Josephine Carlson Knudson was born in Asmundtorp, Sweden, March 19, 1860. She was the daughter of Swen Carlson and Bengta Bengtson. She was the third child in the family having two older bro …