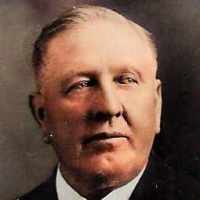 The Life Summary of Anthon

Put your face in a costume from Anthon's homelands.

ANTHON ANDERSON Anthon Anderson was born December 2, 1851 in Christiansand, Norway to Gunder and Kari Olson Anderson. He with his family came to Utah and settled in Plain City. On March 1, 1865 h …