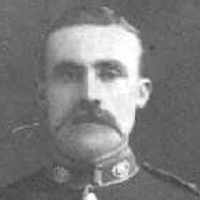 When Harry Gostelow was born on 12 October 1877, in Newport Pagnell, Buckinghamshire, England, his father, Frederick Gostelow, was 21 and his mother, Jane Nicholls, was 20. He married Maria Lawrence on 16 January 1907, in Milton, Hampshire, England, United Kingdom. They were the parents of at least 3 daughters. He died on 18 October 1964, in Portsmouth, Hampshire, England, at the age of 87.

There are no historical documents attached to Harry.