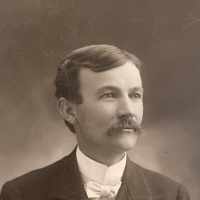 The Life Summary of William Orme

When William Orme Lee was born on 28 November 1862, in Salt Lake City, Salt Lake, Utah, United States, his father, Alfred Gilham Lee, was 57 and his mother, Rebecca Orme, was 24. He married Louisa Calder on 17 November 1886, in Logan, Cache, Utah, United States. They were the parents of at least 2 sons and 4 daughters. He died on 26 January 1911, in Cardston, Alberta, Canada, at the age of 48, and was buried in Cardston, Alberta, Canada.

Put your face in a costume from William Orme's homelands.