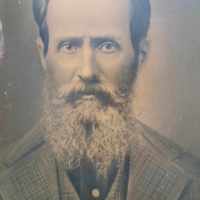 The Life of James Pleasanton

Put your face in a costume from James Pleasanton's homelands.

Being a monumental event in the Texas Revolution, The Battle of the Alamo was a thirteen-day battle at the Alamo Mission near San Antonio. In the early morning of the final battle, the Mexican Army advanced on the Alamo. Quickly being overrun, the Texian Soldiers quickly withdrew inside the building. The battle has often been overshadowed by events from the Mexican–American War, But the Alamo gradually became known as a national battle site and later named an official Texas State Shrine.
1860

1 English: from Middle English asche ‘ash tree’ (Old English æsc), hence a topographic name for someone living by an ash tree or a habitational name from any of the many places in southern and central England named with this word (Derbyshire, Dorset, Hampshire, Herefordshire, Kent, Surrey, Shropshire, Somerset, and elsewhere).2 In New England, Ash is commonly found for French Dufresne , with the same meaning.3 Jewish (Ashkenazic): from an acronym for Yiddish AltSHul ( see Altschul ) or AyznSHtot ( see Eisenstadt ).