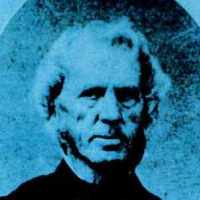 The Life of John Berrien

Put your face in a costume from John Berrien's homelands.

While the growth of the new nation was exponential, the United States didn’t have permanent location to house the Government. The First capital was temporary in New York City but by the second term of George Washington the Capital moved to Philadelphia for the following 10 years. Ultimately during the Presidency of John Adams, the Capital found a permanent home in the District of Columbia.
1804

Alexander Hamilton and Aaron Burr had been political enemies with intense personal differences for quite some time. Burr accused Hamilton of publicly disparaging his character during the elections of 1800 and 1804. On the morning of July 11, the two politicians went to Weehawken, New Jersey to resolve the disputes with an official duel. Both men were armed with a pistol. Hamilton missed, but Burr's shot fatally wounded Hamilton, who would die by the following day. The duel custom had been outlawed in New York by 1804, resulting in Burr fleeing the state due to an arrest warrant. He would later be accused of treason, but ultimately be acquitted.
1819 · Panic! of 1819

1 English: from Middle English fische, fish ‘fish’, a metonymic occupational name for a fisherman or fish seller, or a nickname for someone thought to resemble a fish.2 Americanized spelling of German and Jewish Fisch .